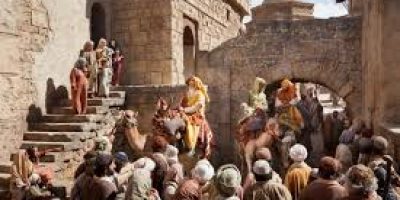 Following a star (bright light) which appeared in a land to the east of Judea, a group of wise men arrived in Jerusalem, inquiring where was the child that was born “King of the Jews.”  When word of this reached the ears of Herod the Great, he found this troubling, as did the Jewish leaders.  There existed an unholy alliance between the Jewish leaders and the Roman government in which each wanted conditions to remain unchanged.  For Herod, it was personal…he violently opposed anybody or anything that threatened his position as a puppet king of the Roman Empire.