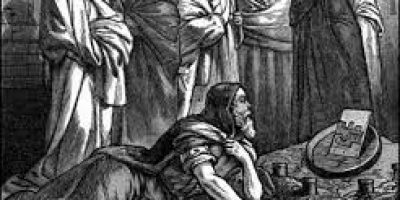 Through Ezekiel, God spoke to the failings of the leaders of Israel, both secular and religious.  Their sins included worship of pagan gods and idols, disobedience to God and failure to properly care for God’s children.  He portrays His children as sheep without a shepherd and as a patient whose worst disease is his doctor.  He promised that He would rescue his children and care for them.  [Reflection is based on the Bible Reference – Ezekiel 34:1-31]