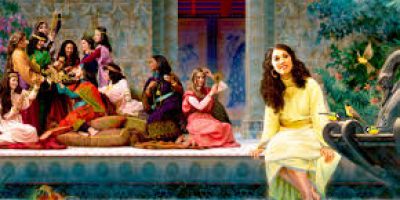 Qualifications: Must be beautiful and able to be conversant with a wide range of people, including domestic and foreign dignitaries.  The decision of the king will be final.  Among the many women who appeared at the palace as candidates was Esther, the adopted daughter of Mordecai.  [Reflection is based on the Bible Reference – Esther 2:5-8]