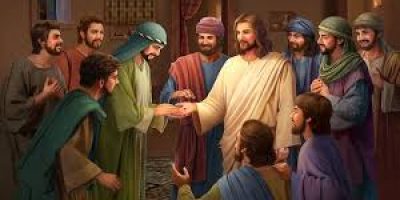 A week had gone by since the last time Jesus appeared to the disciples and others that were in the house.  During that week Thomas wasn’t sure he was prepared to accept that Jesus was alive.  Perhaps, it was a case of wishful thinking by the others. But, suddenly, here was Jesus in the room with them, in spite of the locked door, and He’s talking specifically to Thomas, asking him to inspect His nail-scarred hands; and inviting him to cast aside his doubts and believe that Jesus had risen from the tomb and was alive.  [Reflection is based on the Bible Reference – John 20:26-29]