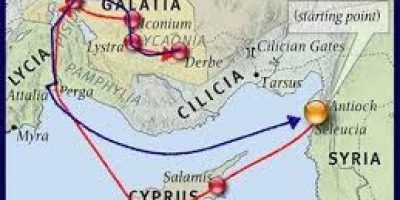 On their return to Antioch in Syria, Paul and Barnabas made stops in the cities they had previously visited…some of which had expelled the pair and in one case, stoned Paul and left him for dead.  In each of these cities, they met with believers and appointed leaders to guide the churches in their relationship with God.  Upon their arrival in Antioch, which is where the journey began, they shared with the believers how God had opened the door of faith to the Gentiles.  [Reflection is based on the Bible Reference – Acts 14:21-27]