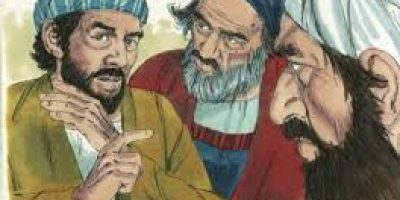 What started as a difference of opinion with Stephen, became more intense.  The Spirit of God was with Stephen, however, and the opposition was unable to prevail.  So, they resorted to a scheme where they convinced some people to say that Stephen had on numerous occasions spoken blasphemous words against Moses and against God.  They succeeded in getting a crowd of people to grab Stephen and take him before the Sanhedrin to stand trial.  [Reflection is based on the Bible Reference – Acts 6:8-12]