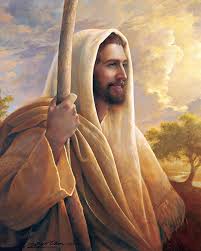 The apostle John stated that Zachariah and Elizabeth gave birth to a boy named John.  He later became known as “John the Baptist” because he preached the need for repentance from sin and baptism.  While John the Baptist baptized with water, he said that one would follow that would be the “Light of the World” who would baptize with the Holy Spirit.  [Reflection is based on the Bible Reference – John 1:6-8; and the following source: https://www.gotquestions.org/light-of-the-world.html