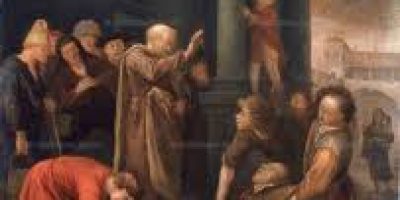 Ananias observed that some of the believers exhibited great acts of generosity in selling some of their assets and giving the money to the Apostles to distribute among the believers as needed.  He thought these were wonderful acts; however, he allowed Satan to suggest a scheme where he would sell some land and imply that all of the money from the transaction was being given to the apostles, while he retained a portion for himself.  When the scheme was revealed, Ananias immediately fell dead.  [Reflection is based on the Bible Reference – Acts 5:1-5]