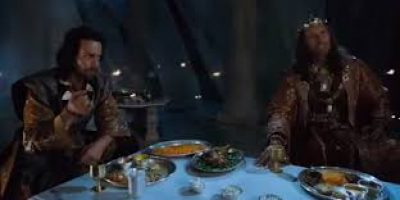 The banquet was a roaring success for Haman.  He went home and told his family and friends how important he was.  The king had elevated him above all the other nobles in the empire and now the queen had invited only him to accompany the king to a second banquet.  Everything was great except for that wretched Mordecai, who refused to bow to him.  “That’s simple,” his wife said.  “Build a gallows for him.  The first thing in the morning, go to the king and get his permission to hang Mordecai, then go to the banquet.”  [Reflection is based on the Bible Reference – Esther 5:5b-14]