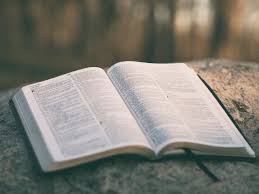 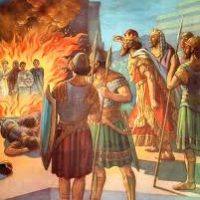 “Sir, you appointed three men to high positions in Babylon Province, but they have disobeyed you.  Those Jews, Shadrach, Meshach and Abednego, refuse to worship your gods and the statue you have set up,” the accusers said to the king.

King Nebuchadnezzar was furious and he ordered that the furnace be heated to seven times hotter than normal.  They were given one more chance to avoid the furnace; but they replied, “The God we worship can save us from you and the flaming furnace.”

And then, a miracle…The king shouted, “Didn’t we put three men in the fire?  I see four walking around and one looks like an angel.”  He went close to the furnace and called, “Shadrach, Meshach and Abednego, servants of the Most High God, come out at once!”  At that moment, the king was a believer in the power of God; and he said, “I will not allow anyone to say anything against their God!”  [Reflection is based on the Bible Reference - Daniel 3:1-20]