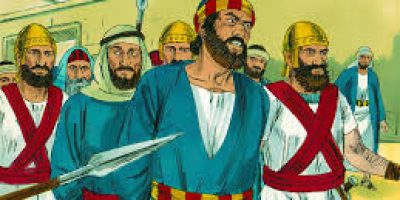 While Peter and John were teaching the crowd, the Priests, Temple Guards and Sadducees come to the crowd to hear for themselves what Peter and John were saying.  What they heard disturbed them greatly, because Peter was talking about the resurrection of the dead.  To put the name of Jesus and resurrection in the same sentence was not acceptable to either the Priests or the Sadducees; so they instructed the Temple Guards to place Peter and John in prison for the night.  [Reflection is based on the Bible Reference – Acts 4:1-3]