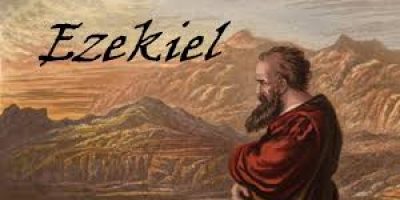 King Nebuchadnezzar a pagan monarch was the most powerful ruler in the known world, during his lifetime…and he knew it and was proud of his accomplishments.  For this, God humbled him by removing his sanity.  He was forced to live like an animal in the field until he acknowledged the presence and power of God.

He was chosen by God to punish Judah and its surrounding countries for their sinful practices.  With Judah, he began with an attack and took a number of captives, including Daniel, Ezekiel and others.  In a later attack, he took still more captives.  Life was not great for the captives, but they were not prisoners.  The prophet, Jeremiah, said this was good for the exiles because they would become dependent on God again.

Elsewhere, Nebuchadnezzar battled the city of Tyre, a commercial hub with, in the past, strong financial and trading ties to Israel.  When Jerusalem was attacked by Nebuchadnezzar, Tyre forgot about the past relationship and sought to benefit from Judah’s loss.

For thirteen years Nebuchadnezzar battled Tyre, reducing the city to rubble; but many of the inhabitants and the commercial trade concentrated on an island about a half mile off the coast.  To reimburse Nebuchadnezzar for this costly battle, God told Ezekiel that he would give Egypt and its wealth to Nebuchadnezzar, as payment.  [Reflection is based on the Bible Reference – Ezekiel 29:17-21]