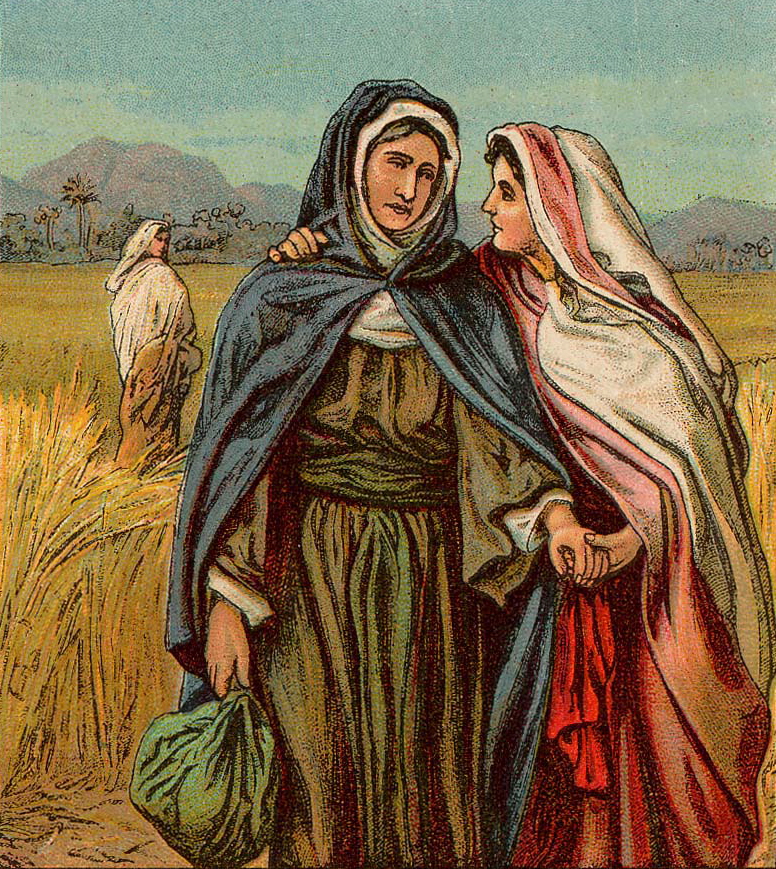 Naomi was the wife of Elimelek and the mother of two sons.  Life in Bethlehem of Judea was harsh because there was a famine in the land.  To escape the severe living conditions, Elimelek took his family to the land of Moab.  While, they were in Moab, tragedy struck.  First, Elimelek died and then the two sons who had married Moabite women also died, leaving Naomi and her two daughters-in-law with no means of support.

Hearing that God had provided relief from the famine in her home country, Naomi, filled with grief and sorrow, prepared to return.  But, she said to her daughters-in-law that they should remain in Moab and begin a new life.  [Reflection based on the Bible Reference – Ruth 1:1-9]