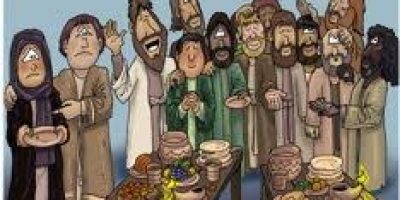 The young church was growing rapidly, with a mixture of people from various ethnic cultures.  The Jewish people that came from Greek cultures were called Hellenistic Jews, while the Jews originally from the area of Jerusalem were called Hebraic Jews.  The Hellenistic Jews felt like their widows received less care than the widows of the Hebraic Jews; and they made their feeling known to the apostles.  As a result, the apostles asked for recommendations of individuals that were filled with a Godly-Spirit and wisdom.  The purpose was to select seven men that would assist in distribution of food and care for needy people. [Reflection is based on the Bible Reference – Acts 6:1-4]