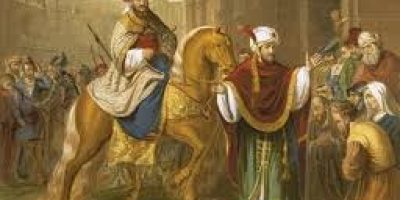 “What have we done to honor Mordecai for preventing an assassination?” King Xerxes asked his attendants.  “Nothing has been done, Your Majesty.”  “Let’s do something” the king continued.  “Who’s available in the outer court?”  “Haman just arrived, sir,” they replied.  “Good, send him in.”

“Haman, I have question: What should be done for a man the king wishes to honor?”  Assuming the king was thinking of him, he offered a public display of the honored person riding on the king’s horse led by a high-level nobleman.  “Good,” the king said.  “Do just as you said, the person being honored is Mordecai.”  After leading the horse with Mordecai around the city, Haman returned home feeling humiliated.  [Reflection is based on the Bible Reference – Esther 6:1-14]