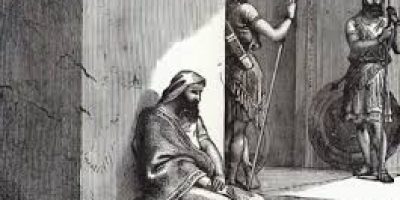 “Go to Mordecai, at the king’s gate, and find out why he’s wearing sackcloth and ask him what’s troubling him,” Esther said to the king’s attendant assigned to her.  When he returned, he said, “A date has been set for the total elimination of all Jews living in the Persian Empire.”  Between Queen Esther and Her father, Mordecai, Esther’s attendant made several trips.  Finally, Mordecai said, “If you remain silent at this time, relief and deliverance for the Jews will arise from another place, but you and your family will perish.  And who knows but that you have come to your royal position for such a time as this.”