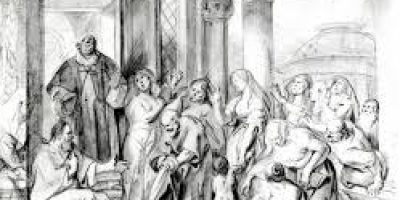 Following the death of Stephen, fear gripped the believers because Saul was going from house to house looking for followers of Jesus.  When he found them, both men and women were taken to jail.  This prompted believers to scatter to other regions.  Philip went to a city in Samaria where he proclaimed the news of the Messiah and under the power of God’s Spirit he cast out demons and healed the lame.  There was great joy in the city.  [Reflection is based on the Bible Reference – Acts 8:1-8]