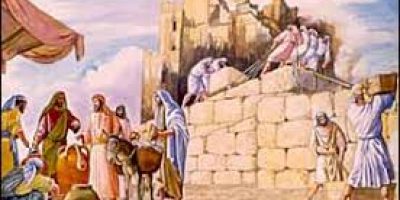 My name is Tattenai.  I’m the Persian Governor of Trans-Euphrates.  I received reports from my people that the people living in Jerusalem were engaged in a construction project that was intended to be a temple.  I was also informed that this project had been discontinued years ago.  When I went to the site, I met a man named Zerubbabel, who stated that he was the Governor of Judah and that he was under orders from King Cyrus to complete the construction.  King Cyrus died several years earlier; so, I sent a letter to King Darius to find out if what Zerubbabel told me was accurate.  [Reflection is based on the Bible Reference – Ezra 5:1-17]