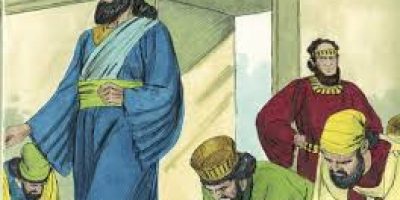 My name is Haman and I’m an important person in the Persian Empire.  King Xerxes recently elevated me to a position above all the other nobles in the empire.  He even issued a decree that people are to kneel and honor me.  But, there’s a man named Mordecai that refuses.  He says he’s a Jew and doesn’t bow to anybody but God.  [Reflection is based on the Bible Reference – Esther 3:1-5]