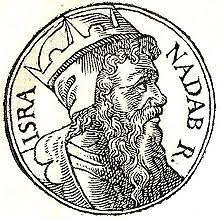 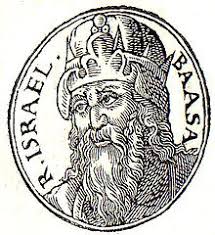 Upon the death of Jeroboam (909BC) his son, Nadab, came to the throne.  Nadab struggled to stabilize the kingdom; so, to gain support of the military, he went to battle against the Philistines.  During the battle, one of the military officers, Baasha, assassinated Nadab and all of Jeroboam’s male heirs.

Both Nadab and Baasha continued in Jeroboam’s evil ways.  For much of Baasha’s reign he sparred with Judah over control of the north south trade route.  Nadab began constructing a blockade near Judah’s northern border, which prompted Asa to bribe King Ben-Hadad of Damascus to break their alliance with Israel.  When Beb-Hadad raided several of Israel’s cities, Baasha withdrew from Judah’s border.  [Reflection based on the Bible Reference – 1 Kings 15:25-16:6]