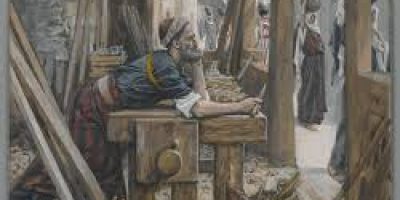 Joseph was delighted that Mary had returned from her extended stay with her cousin Elizabeth; but his delight quickly turned to sorrow when he learned that she was pregnant.  Joseph had integrity and he wanted to be obedient to God’s law; but, he didn’t want hurt Mary.  Maybe he could quietly make this go away, he thought; but, he received a visit from an angel, telling him it was okay to marry Mary, for they would have a child that would be the Savior of the world. [Reflection is based on the Bible Reference – Matthew 1:18-21]