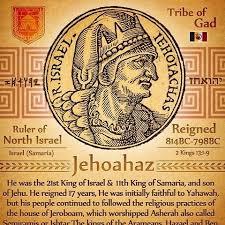 Jehoahaz, son of Jehu, became king of Israel and he did evil in the Lord’s sight.  As a result, the Lord enabled Syria to exercise considerable control over Israel for a long time.  Eventually, Jehoahaz sought the Lord’s favor and He loosened the grasp of Syria over Israel.  Unfortunately, the consequences of wrong choices resulted in a standing army that was only a fraction of their original strength.  [Reflection is based on the Bible Reference – 2 Kings 13:1-7]