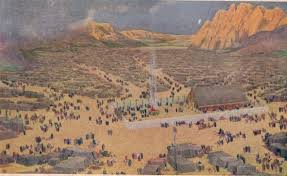 God had enabled the Israelites to be victorious over the armies of King Sihon and King Og and He barred King Balak’s scheme to weaken the Israelites.  Now that they were camped along the Jordan River, near the Moabites, some of the men dishonored and angered God by engaging in immoral and idolatrous acts with Moabite women.  Only the quick action by Aaron’s grandson ended a plague that God sent as punishment; but, not before 24,000 Israelites lost their lives.  [Reflection based on the Bible Reference – Numbers 25:1-9]