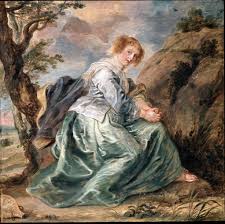 At the age of seventy-five, Abraham’s wife, Sarah, had not given birth to any children.  Knowing that God had said their descendants would be as numerous as the stars in the sky, this became the subject of many conversations.  One day, Sarah said to Abraham, “I have a plan.”  The plan involved having a child by Sarah’s servant; and Abraham agreed.  Neither asked God for his approval or direction.

When it became known that Sarah’s servant, Hagar was pregnant, the relationship between Hagar and Sarah changed.  She became proud and hateful of Sarah.  In response, Sarah treated Hagar so harshly that she ran away; only to be stopped by an angel.  The angel assured her that he had heard her cry for help; but, she should go back and resume her duties as a servant to Sarah; and she would deliver a child that should be named Ishmael.  Her descendants would be too numerous to count.  Her son, however, would live far from his relatives, fighting everyone and everyone fighting him. [Reflection based on the Bible Reference – Genesis 16:1-12]