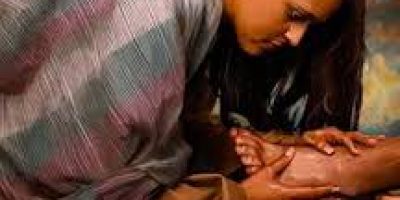 Jesus responded to Simon, the host’s question that he was thinking, by giving an illustration of debt forgiveness. In one case the debt was modest and the other the debt was substantial.  Neither were able to pay their debt; but, the debt for both were forgiven. Jesus asked Simon which of the two loved more. Simon responded with “I suppose the one with the greater debt.”  Jesus said, “Correct.”  And with that, Jesus acknowledged the woman’s sins were many; but she demonstrated her desire for a spiritual rebirth.  Jesus said to the woman, “Your sins are forgiven.”  [Reflection is based on the Bible Reference – Luke 7:40-48]