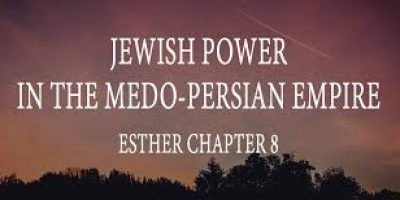 Queen Esther successfully petitioned King Xerxes to authorize a decree that provided the Jews with the ability to defend themselves against their enemies.  Mordecai was placed into Haman’s previous position; and throughout the Persian Empire, there was joy and gladness among the Jews.  [Reflection is based on the Bible Reference – Esther 8:1-17]