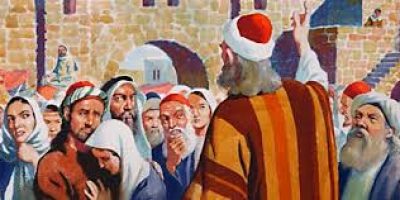 Ezra was devastated by what he saw when he arrived at Jerusalem. He saw people, including priests that were responsible for temple worship, that were married to people from pagan cultures. This type of marriage was forbidden by God and was an underlying cause for the disobedience to God that led to the destruction of Jerusalem. Through prayer and fasting, the hearts of the people were turned back to God and the pagan women were separated from their Jewish husbands. [Reflection is based on the Bible Reading – Ezra 9:1-10:17]