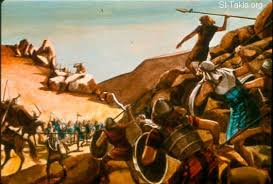 Seems that there were no secrets, because David learned that Saul was plotting to attack Keilah.  David asked God, “Will the citizens of Keilah surrender me and my men to Saul?”  “They will,” God replied.  With that, David and his men left Keilah.  [Reflection based on the Bible Reference – 1 Samuel 23:1-13]