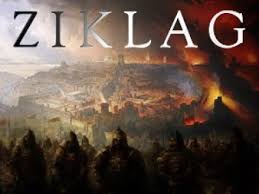 Concerned that one day Saul would be successful in capturing him, David and his men went into a region controlled by the Philistines.  David asked Achish, son of King Maok of Gath, for a country village that he and his men and their families could live.  Achish assigned them to Ziklag.

From Ziklag, David and his men raided towns and villages that were in Judah, but were never conquered during Joshua’s leadership.  This pleased Achish because he reasoned that this action would make David disliked by the Israelites and David would be indebted to him for life.  [Reflection based on the Bible Reference – 1 Samuel 27:1-12]