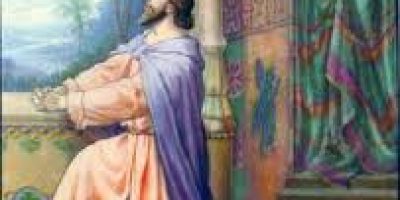 Daniel was faced with a choice: obey the law or pray to God.  He chose to pray to God as was his custom, three times a day.  The scoundrels that crafted the law that forbid a person to pray to anybody other than the king for a period of thirty days, expected this and they reported it to the king.  Suddenly, he realized his error in signing the law.  All day he tried to come up with a solution where he could avoid putting Daniel into the lion’s den.  At the end of the day, the scoundrels pressed the king, reminding him that the law could not be rescinded.  When the king gave the order for Daniel to be placed into the lion’s den, he said to Daniel, “May your God, whom you serve continually, rescue you.”  [Reflection is based on the Bible Reference – Daniel 6:10-16]