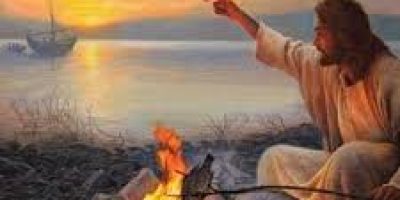 Jesus met with Peter and some of the disciples along the shore of Lake Galilee near Capernaum.  The disciples had spent the night out on a fishing boat with no success.  What seemed a stranger to them, called from the shore from the shore telling them to cast the net on the other side of the boat and they would catch fish.  As soon as they did this, their nets were immediately filled.  At that moment, it was revealed to them that it was Jesus that had given this instruction.  And there was more…He invited them to breakfast.  [Reflection is based on the Bible Reference – John 21:10-14]