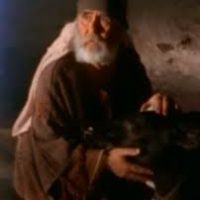 In a vision, Ananias was instructed to go to a certain house on a certain street and there he would meet a man named Saul of Tarsus.  There was more, but Ananias had already heard something that gave him pause.  That name…Saul…he’s the person that put people in jail for believing in Jesus; and, the word on the street was that he had come to Damascus to do the same thing.  The Lord told Ananias that he had a special job for Saul and that Ananias was to go and lay his hands on him so he could regain his sight.  [Reflection is based on the Bible Reference – Acts 9:10-15]