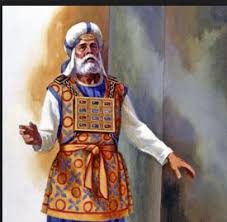 Abiathar witnessed the massacre of his family at the order of King Saul, simply because they showed kindness to David.  Only Abiathar escaped with his life.  Later, Abiathar found David and told him what had happened to his family.  David had seen Doeg, the Edomite, at the Tabernacle in Nob; and had wondered if he could be trusted.  With this news, from Abiathar, it confirmed his suspicions of Doeg.  He invited Abiathar to remain with him, under his protection.

Abiathar continued as the High Priest during the reign of King David; but when David became old and it was time to determine a successor, Abiathar supported Adonijah rather than Solomon.  Did Abiathar ask God who should be the successor?  His choice resulted in him being banished to his residence a few miles away from Jerusalem. [Based on the Bible Reference – 1 Samuel 21:1-22:23; 1Kings 2:26-27]