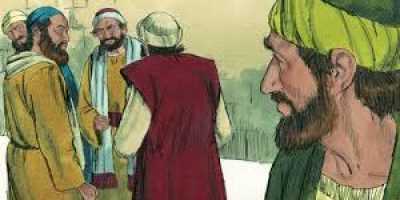 Filled with God’s Spirit, Saul preached fearlessly in Jerusalem as he had done previously in Damascus.  Evil within the Hellenistic Jewish community [Jews that returned from other regions, influenced by Greek culture] debated with Saul; but when they were unable to change Saul’s message, they planned to kill him.  The plot was discovered by the believers and they arranged for Saul to be sent to Tarsus.  [Reflection is based on the Bible Reference – Acts 9:28-30]