A veteran show rider, trainer and all-around horsewoman reminisces on the experiences that influenced her art.

[Reprinted by permission of the Lancaster Farmer Newspaper]

Lynn Klackner got her first pony at age three as a gift from her horse-loving grandmother. Beauty, a Shetland-Welsh mix pony, launched Klackner’s lifelong love affair with horses. From riding Beauty on her grandparents’ Lawrenceville, N.J. farm, Klackner would eventually go on to break, show, train and jump horses, as well as help her husband found a fox hunt club. At the same time, thanks to artistic talents that match her knack with horses, Klackner has also been able to share her varied experiences as a horsewoman with the world for over 65 years in paintings, sculpture and carvings.

Klackner has been an avid artist since she was a child, which caused her mother to enroll her young daughter in art classes at Trenton Junior College. Later, a high school teacher would arrange for Klackner to receive a scholarship to pursue an art degree at that same institution, from which she graduated in 1958. By 1964, she went to work for Cybis, a Trenton-based maker of collectible porcelain pieces. She would work there until 1989, designing prestigious figurines and then making the molds from which they would be produced; some of the pieces she worked on were given as presidential gifts to foreign Heads of State.

Klackner still recalls her first horse training project. Her grandmother took her to a horse sale at Paul K. Fisher’s palomino farm in Souderton, Pennsylvania. Together they picked out two young horses – Buster and Queen – and 10 year-old Lynn successfully broke them for riding. She also honed her skills showing a Jersey calf as a 4-H member, participating in the national 4-H dairy judging competition in Iowa and returning to coach her local team at the national judging event as a 4-H junior leader.

Showing and jumping horses became a special interest for Klackner with the birth of a foal on her family’s farm in 1960. Sired by an American Saddle horse, the young stallion would follow his Thoroughbred mare around the pasture when Klackner rode her. She soon observed that the colt loved to jump over the bales left behind after a recent haying. She recognized his natural talent for jumping and named him Hods in honor of her father’s previous stint as a mason.

Klackner’s life changed forever when she took Hoddy to her first show – “just for conformation and other simple classes, not for jumping,” she said. Since it was just three miles from her farm, Klackner rode Hods there and arranged for a girlfriend to meet her with a water bucket. When the friend failed to arrive and Lynn was unable to borrow a bucket for watering Hods; she was forced to share some of her Pepsi with her thirsty steed.

A kind by-stander offered Lynn a lemonade – and said he wanted to buy her horse. She declined, but the man persisted when he later saw her at another show. Francis “Brownie” Brown of Lambertville, N.J. eventually persuaded Klackner to allow him to train Hods by letting her know that he was a horse trainer for the elite millionaires and celebrities who frequented the horse scene in neighboring New Hope, Pennsylvania. He trained horses for bandleader Paul Whiteman and counted among his horse purchasers artist Norman Rockwell.

After Brownie came to realize the horse’s potential, Klackner reluctantly parted company with Hods, who was sold to an owner in California. There his name was changed to Harvest Hill and he went on to win many championships as a jumper ridden by the likes of Bernie Traurig.

Klackner became Mrs. Francis Brown in 1968 and continued her equine journey in new directions. The couple moved to a farm in Middleboro, Massachusetts then returned to Lambertville in 1974 to build a new farm. Brownie had a gift for picking up horses with potential and coaching them into champions; in the process, he bought and sold many horses.

Meanwhile, Lynn Brown assisted by galloping and exercising the horses on their farm.

She also discovered a new love in 1974, when she helped Brownie found the Pleasant Valley (N.J.) Hounds Fox Hunt and he became the huntsman and master of the group.

Lynn Brown had always had a special affinity for fixes and soon they joined horses as her favorite subjects for artwork. Her paintings began to depict the landscapes, animals and riders who participated in these colorful events. One of her best-loved works of art shows her late husband clad in a scarlet frock coat, white breeches, black velvet hunting cap astride his horse, Tara, amid a pack of hounds in search of a fox near a wooded area.

Lynn Brown also took part in the fox hunts, from their start in October with the blessing of the hounds, continuing with the hunt breakfasts and hunts that lasted through March. She was a whip – one of the riders who help keep the hounds safe from highways, prevent them from chasing deer and avoid trespassing onto properties the hunters did not have permission to travere.

A whip’s duties require “a courageous, fast horse,” said Lynn Brown, who adds that she rode her horse Playboy, a dark brown Canadian horse who was very strong and smart – and who could “go all day.” Lynn Brown said that on those occasions when she might become lost along the route, all she needed to do was drop the reins and Playboy would know just where to go to return to the action.

As for foxes, Lynn Brown laments, “It’s almost like hunting a unicorn,” for foxes were sometimes seen but rarely caught. “The worst casualties were usually the hounds,” who not infrequently became lost or injured, she said.

In 1984, Lynn Brown’s career in the world of horses took another new turn as she obtained her license to train race horses, which she practiced at tracks in the tristate area including Garden State and Monmouth in New Jersey, Delaware downs and Pennsylvania’s Philadelphia Park and Penn National. By 1990, Lynn and Brownie bought a farm in Grantville, Pennsylvania, close to the Penn National racetrack, which provided a livelihood for both of them as she also continued to pursue her career as an artist.

These days, following the death of her husband in 2013, Lynn Brown is no longer a hands-on horsewoman; however, creating artwork remains a major focus for her. Supplied with a lifetime of equine experiences to draw on, she spends much time at the easel in her East Hanover Township home’s sunny studio, often using the rolling landscape outside her window as the background for custom projects depicting the horses, family members and pets of customers who seek out her paintings as keepsakes and gifts. Lynn Brown has also incorporated a client’s barn, home or farm features when so desired. With her versatile artistic background, Brown can also provide line drawings, such as the ones she did for a series of covers on “The Chronicle of the Horse,” as well as the occasional sculpture. She has also sold her artwork to interior design professionals for use in a variety of venues. 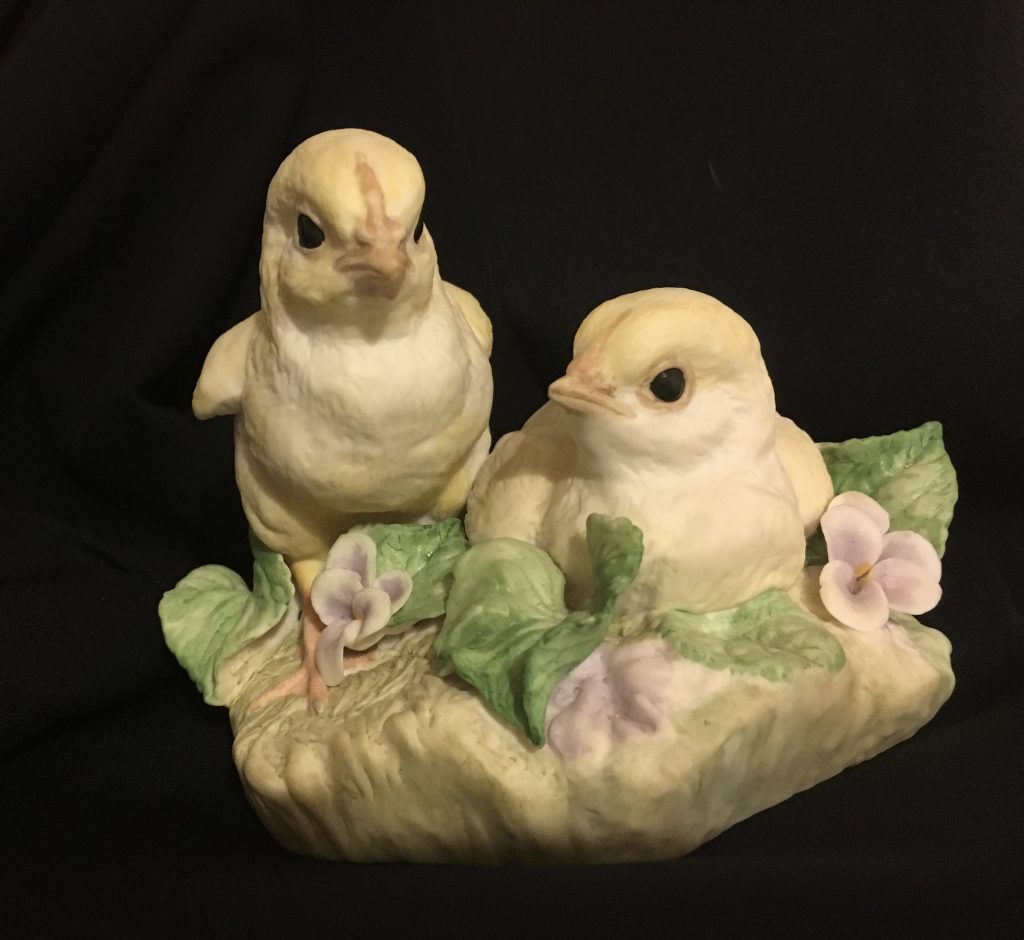 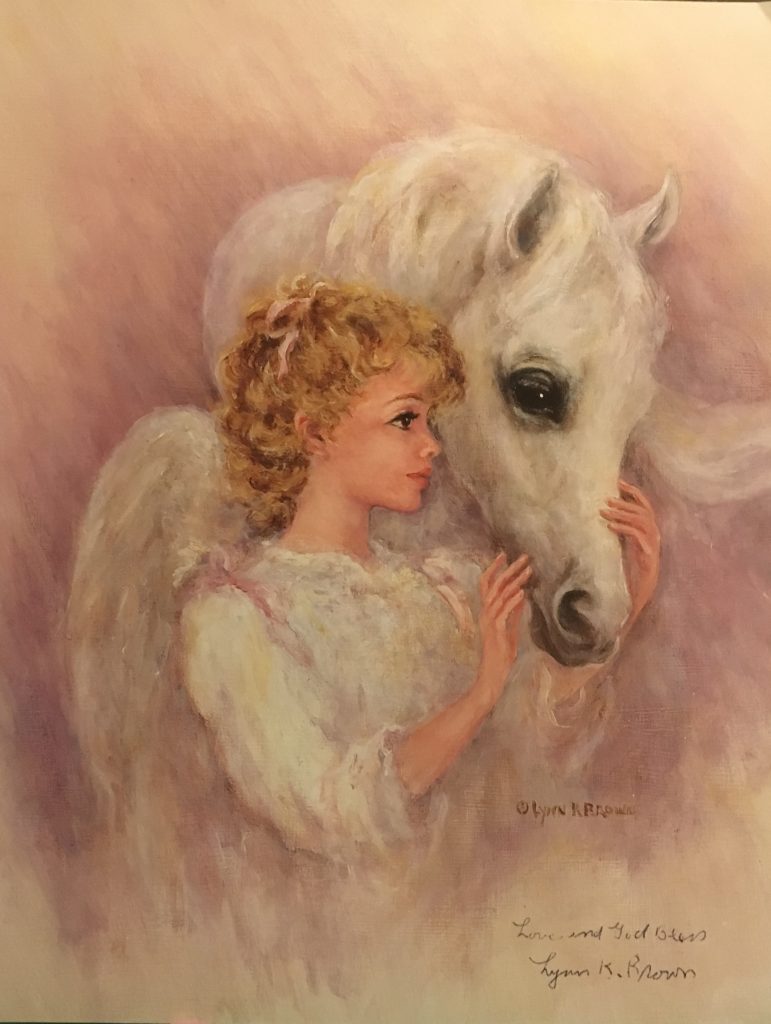